FOR DECADES, custom homes often have come about with a hands-off architect – one who envisions how a home will be lived in and designs for each of those needs – boiling down detailed visions onto a sheet of paper to hand off to a separate entity, or entities, to actually build it. The idea that a set of drawings is enough to procure the vision is, to Altius Architecture, ludicrous. “There is a disconnect,” architect and principal Graham Smith says.

“At some point in time in the latter half of the 20th century, each became Instead of architects, clients and general contractors vying for priorities, Altius Architecture Inc. proposes a better way.almost a specialization, from architects who did design to the interior designer and the contractor. “You ended up with a disjointed approach to building, especially small residential projects, which are – believe it or not – highly complex,” he adds.

“The idea that we can translate all of that information in a set of drawings is foolish; the drawings are an abstraction of our intent. Particularly in residential, the typical method of construction delivery is fundamentally flawed.” Based in Toronto, Altius and its team of experienced architects create custom homes with a goal to bridge the gaps often formed through the old way of designing and building a home. Over the past 18 years, Altius has built a reputation for resourcefulness in design capabilities and for an ability to get unique things not just designed, but also built – from a single custom element to the overall look and feel of a home.

Each home is built to work with the site and end-users’ daily lives, as demonstrated with the firm’s Grenadier House project. The contemporary house includes a double carport and garage, which creates a split-level concept with four stories at the back of the house and three at the front. Main living quarters are slightly elevated, so sunlight reaches into the south-facing facade while maintaining privacy within the dwelling. At the rear, living quarters extend into the backyard with large windows and door openings. A top-floor master suite overlooks a rooftop patio half a story below while maximizing solar gain. 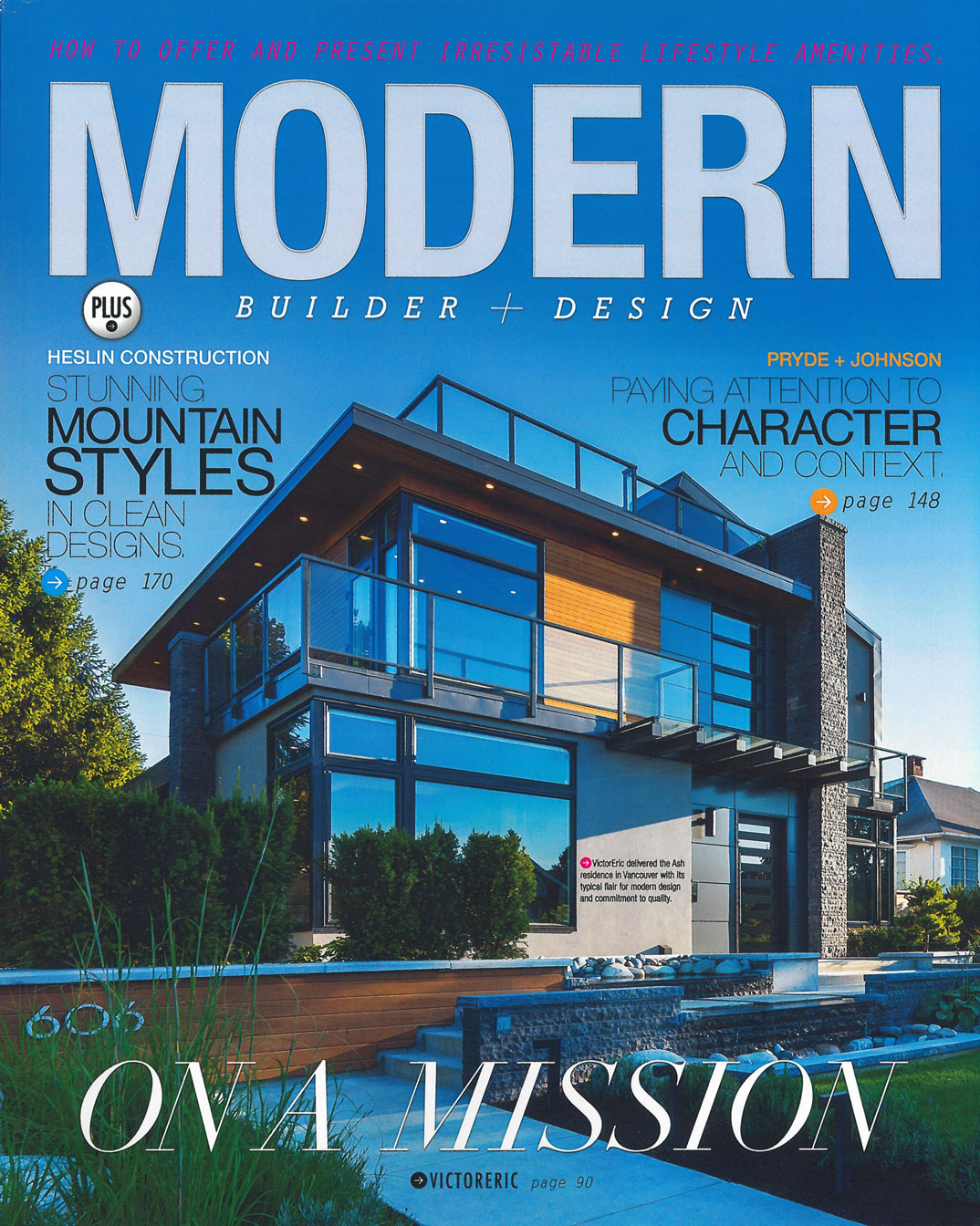 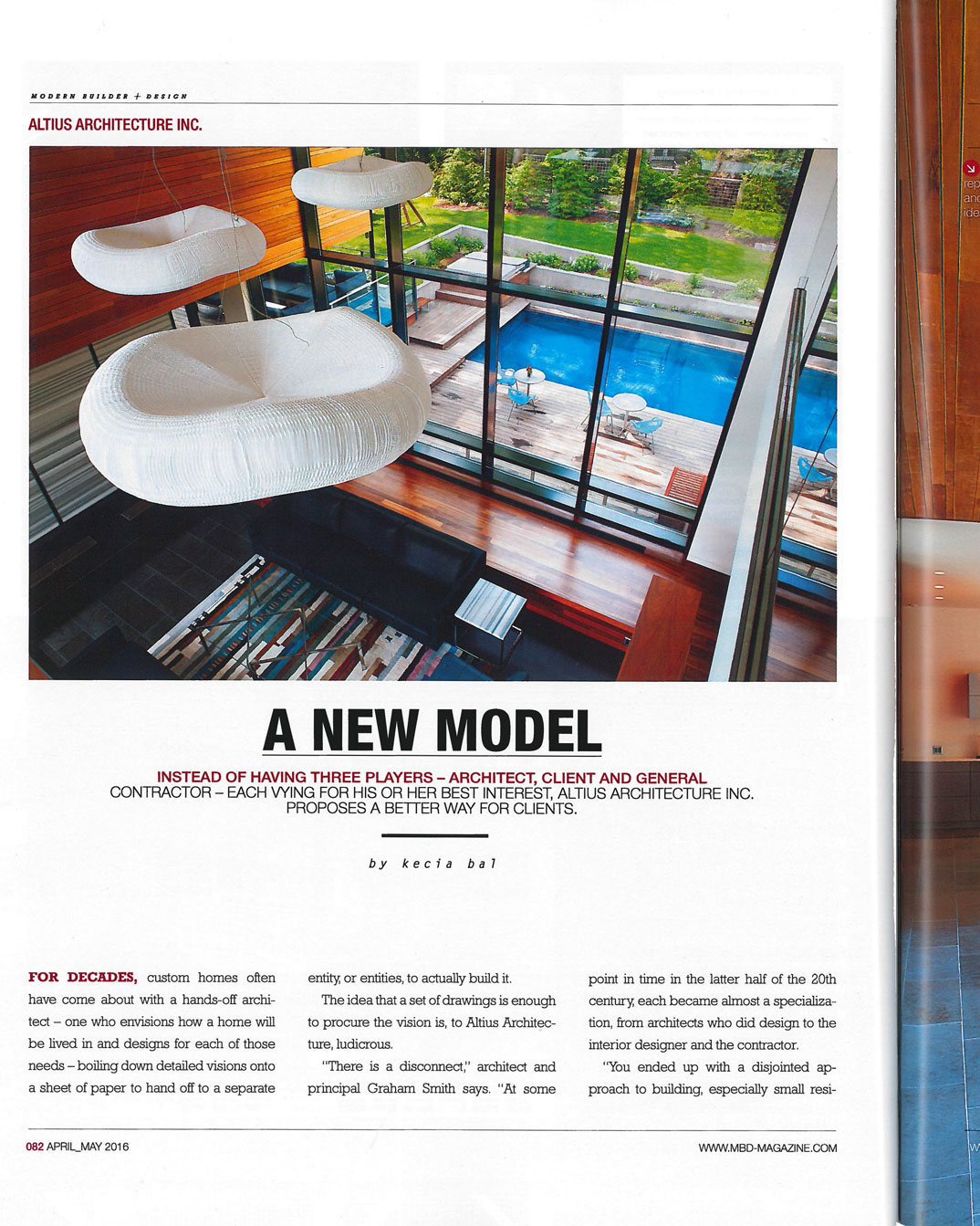 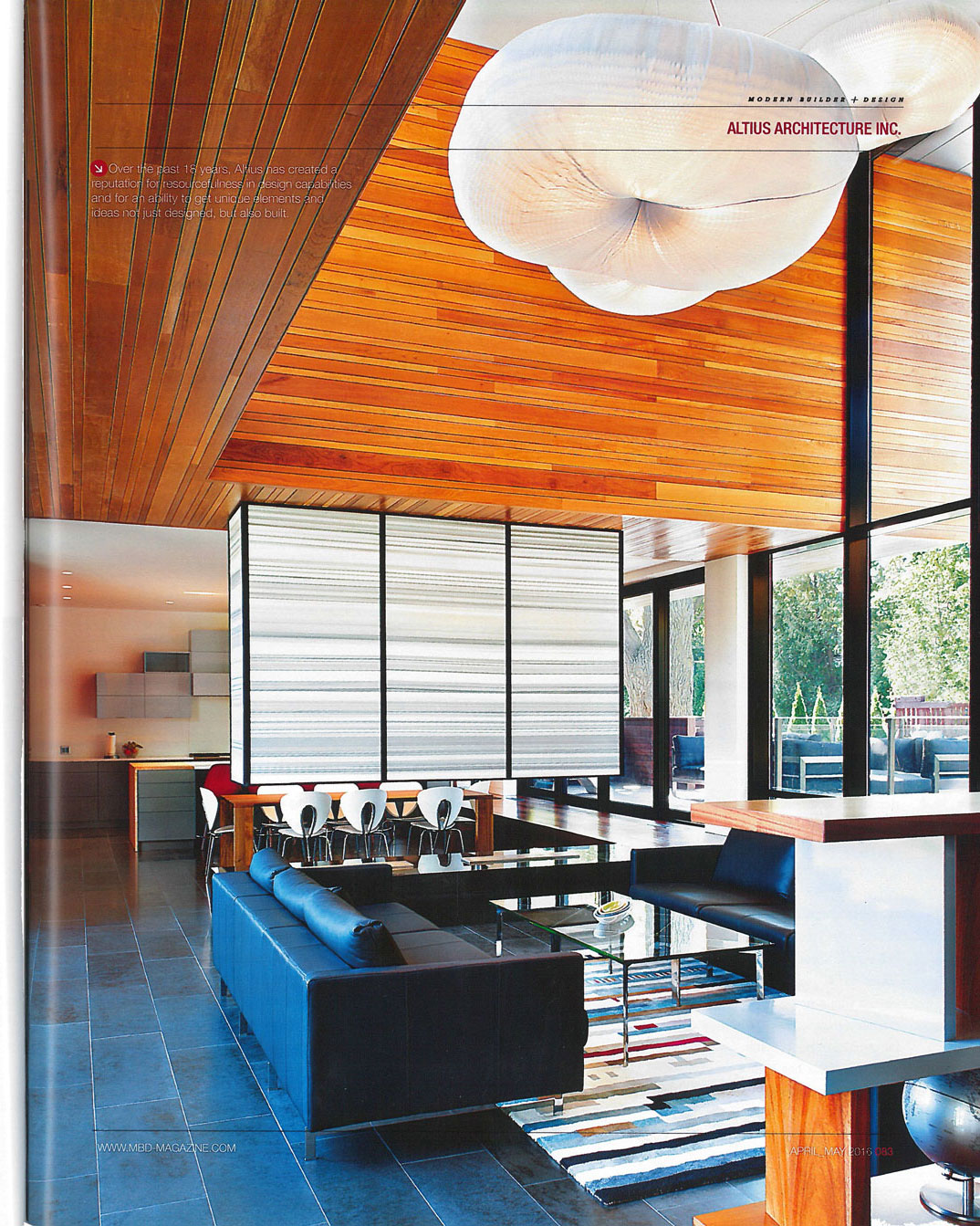 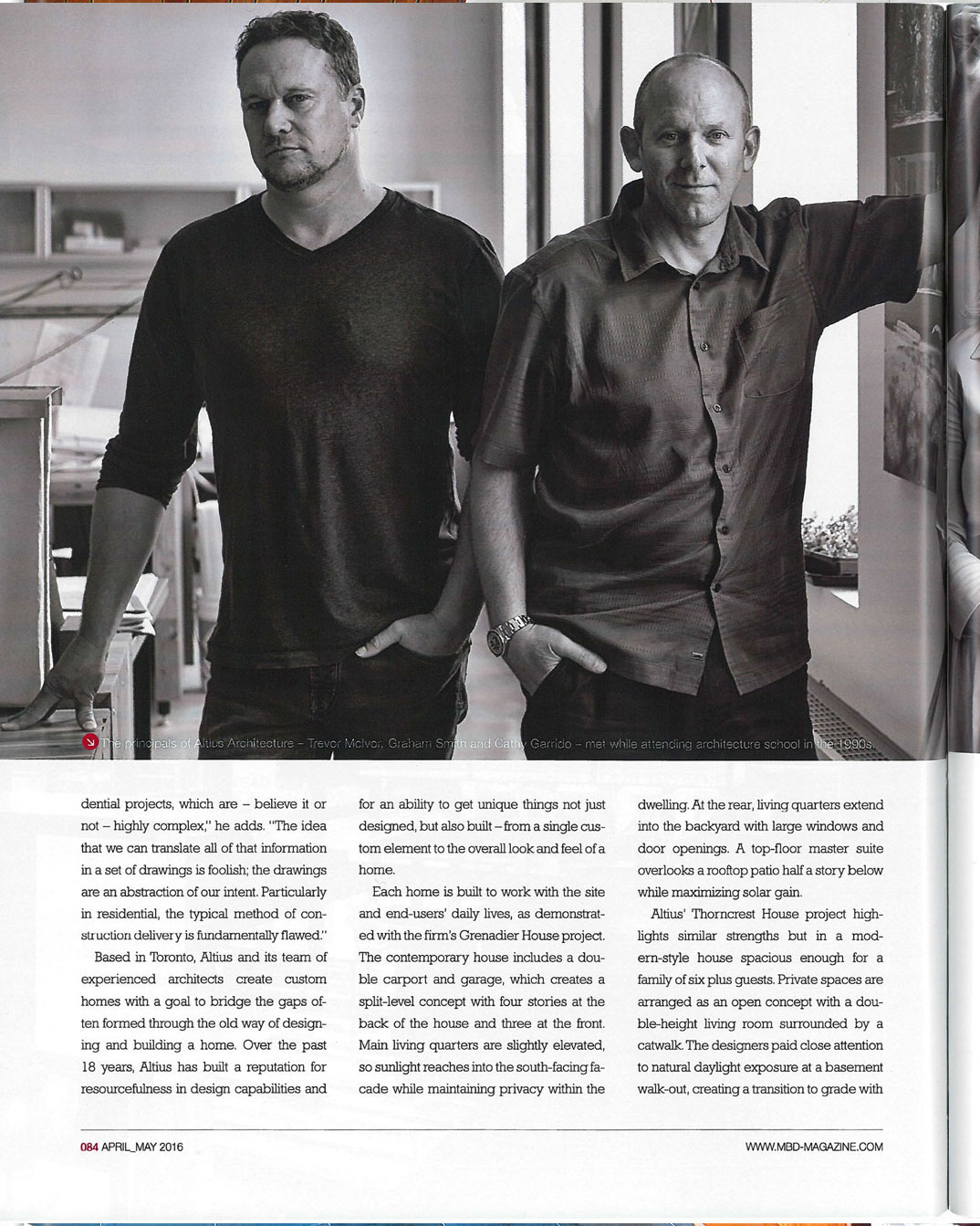 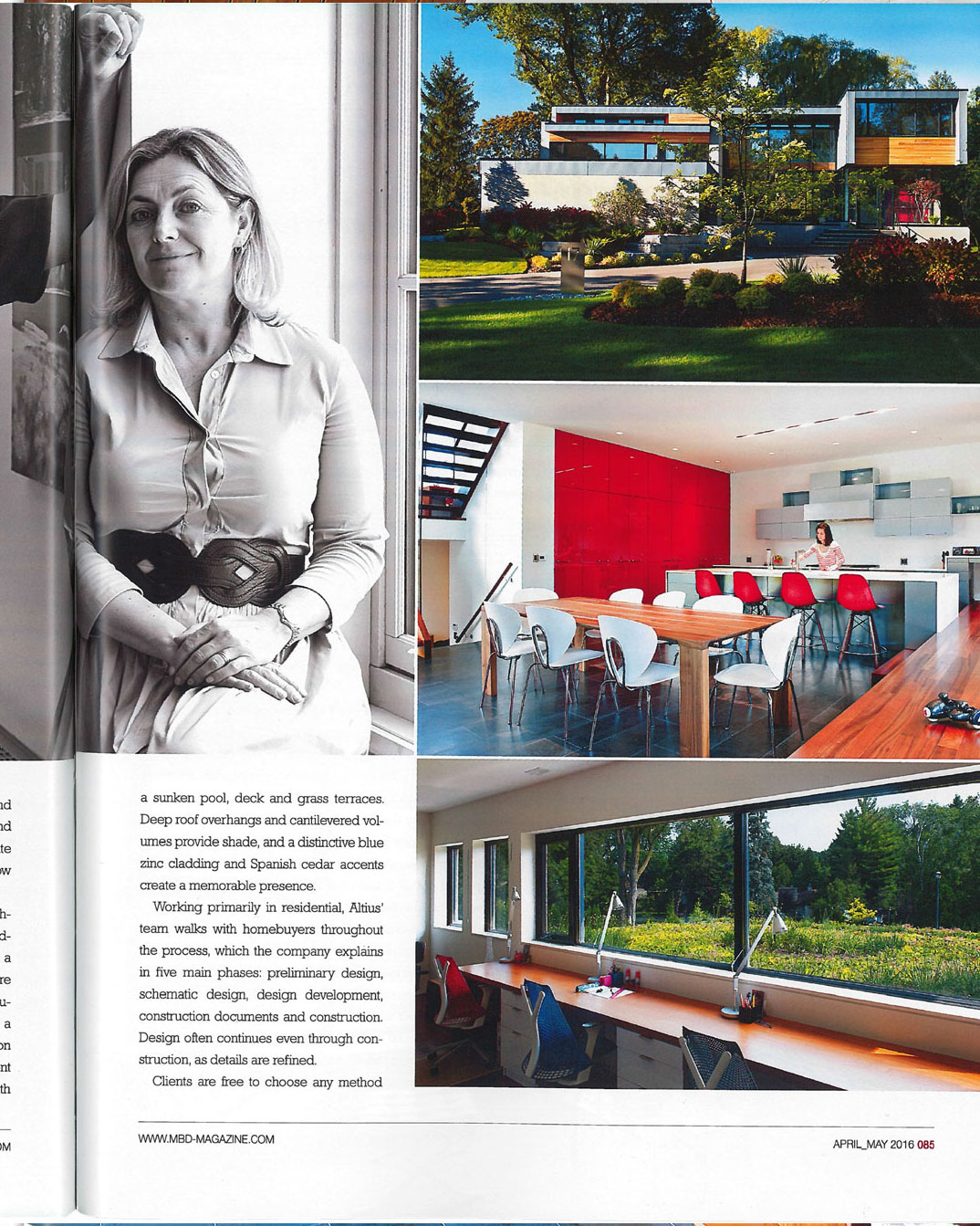 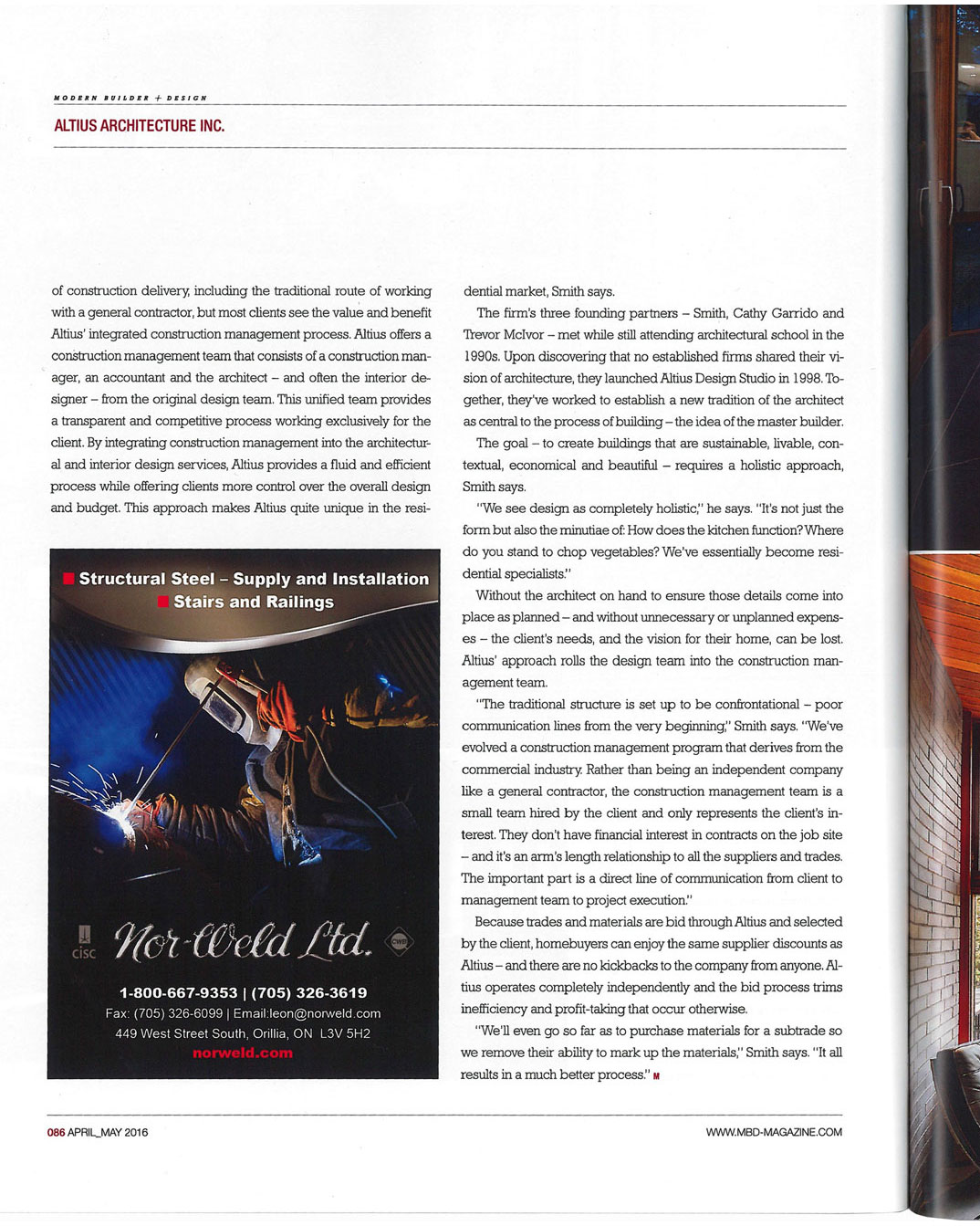 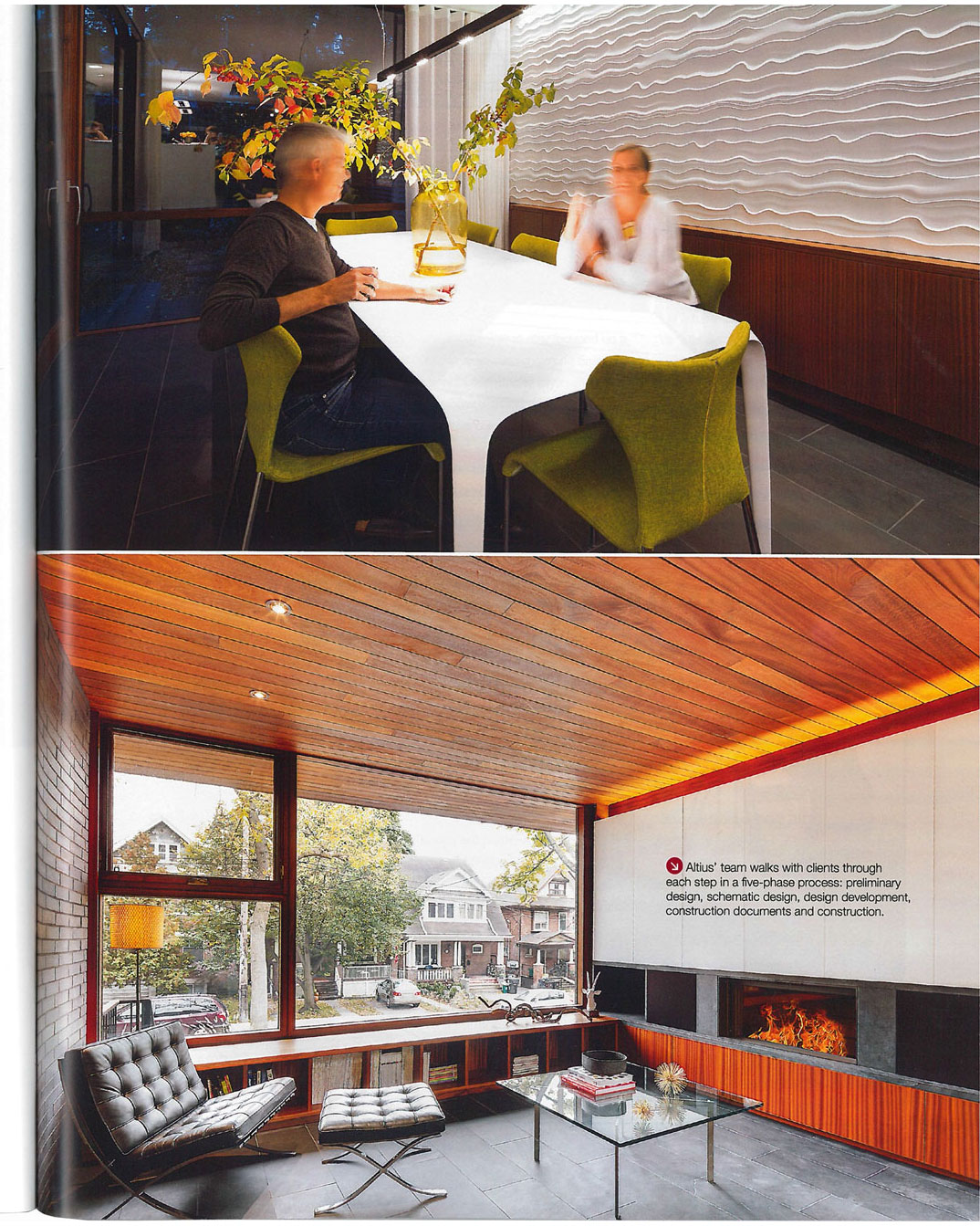