Ideas on architecture were once espoused within an esteemed philosophical discourse between Friedrich Schiller and Johann Von Goethe. Upon considering that described as “the tone of mind” and effect produced by quality architecture, the two reportedly agreed that architects are essentially something more provocative than mere builders; they are conductors of “frozen music.” This analogy certainly serves to sing of the success at a Canadian firm whose architectural orchestrations are resulting in a crescendo of recognition.

From his office at Altius Architecture, Graham Smith reflects back to a little more than 15 years ago when being known as a “modern” architect was not necessarily something appreciated, especially amidst the geographic area of the firm’s headquarters in Toronto which he says is dominated by historical architectural styles. “Modern was seen as a four-letter word,” says Smith. “Fast forward a few years and now we’re known for green architecture or sustainable building, which is very much in demand.” 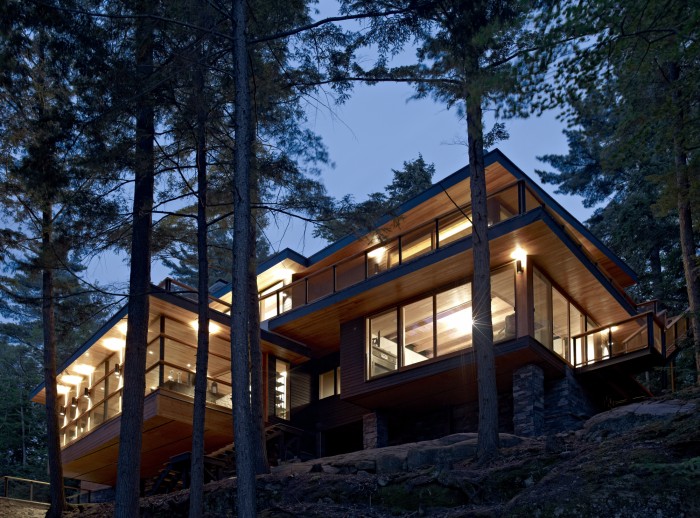 So, a question arises as to what exactly did the company have to alter? How did it change its practices in order to facilitate increased demand? The answer, surprisingly, is nothing.

“We haven’t changed anything,” affirms Smith. “Modern architecture has always been about sustainability.”

Therein lies the fundamental perspective which has taken society some time to grasp, but Smith may assert true understanding is still elusive. Many continue to associate modernity with an architectural style as opposed to what it actually represents. Form is said to follow function, and in this regard, quality architecture assesses how a finished structure will function in its respective site, in its respective environment taking into account, the views, the thermal variances, the natural formations and a plethora of other practical concerns not the least of which is how the client actually lives. Different climates, different environments, different needs ultimately effect the design, and inherent efficiency, of the intended structure. “Modern architecture has always responded to needs when historic architecture has not,” says Smith. Therefore, he can offer something of an explanation to homeowners in Toronto, namely those living within those expansive, white-columned vestiges of the Colonial era, who often lament, “Why isn’t my home more comfortable?” Noting the variance between Toronto’s -30 degree Celsius dry winter and the hot humid days of the summer, Smith says, “These homes were never designed to be in this kind of environment, Europe is a rather temperate climate.” 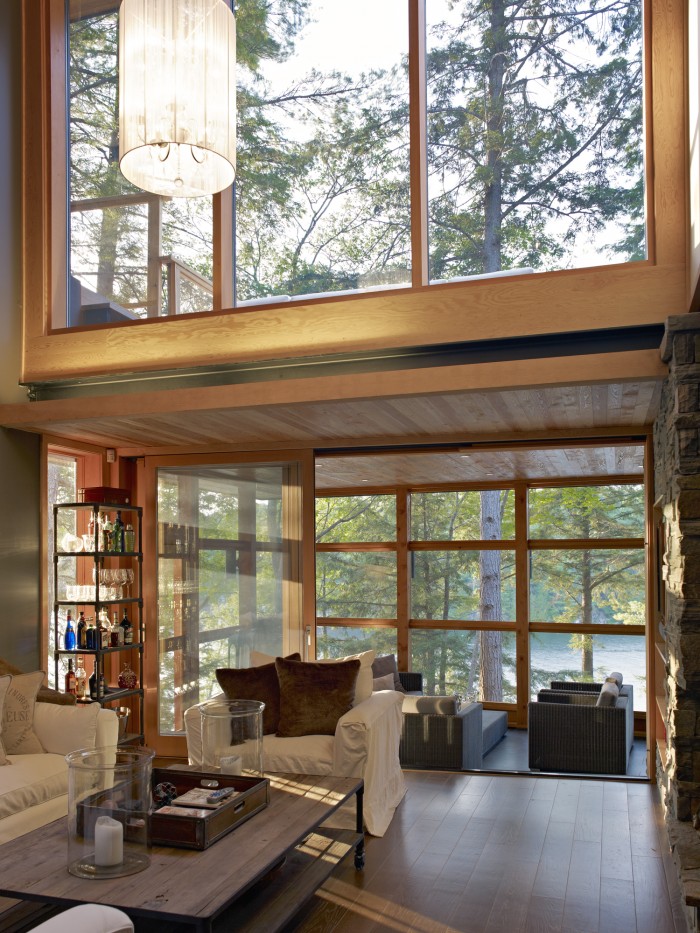 Of course, a good architect recognizes that, and further understands the significance of solar orientation, designing the structure in such a way to maximize on solar lighting in the winter, while diminishing its impact in the summer. But to be sure, such thinking doesn’t even constitute a fraction of the finesse that Altius Architecture fully employs upon the projects it undertakes. This is simply a means of imparting the fact that architects, in general, bring such a depth of understanding and awareness to the building process, that when a project is complete, one can more easily discern their involvement in the process.

Smith would suggest the indicatives of such involvement have seen depletion over the years. Architectural perspective has been largely lost in today’s processes where a builder often only works from a paper drawings and attempts to interpret the instructions. “Architectural drawings are an abstraction,” says Smith. “Almost eighty percent of general contractors don’t even know how to properly read an architectural plan.”

So, beyond their knowledge of what could be considered as classic fundamentals and principals of design, Altius Architecture provides another classic component that is always needed, but often under-used in today’s standards – collaboration. “When we design a building, the drawing is a small portion of what is required to bring that building into being,” says Smith.

“Unfortunately, some architects simply hand off hundreds of pages of specifications to a builder, and are done. If you don’t engage in the site, don’t engage in the process of building, fromarchitectural point of view, you lose the vision of what the building is supposed to be. There’s a saying that fifty percent of the design is on paper and fifty percent is in head of architect. If the tradesman, construction manager or client cannot access the architect, they’re losing half the benefit.”

Something may also occur in the building process that requires change. Maybe a design element needs to be corrected in order to accommodate for an environmental condition, or a particular view is so desirable that a window placement needs to be reconsidered, what then? Smith says architectural involvement allows one to take advantage of those opportunities as they arise. 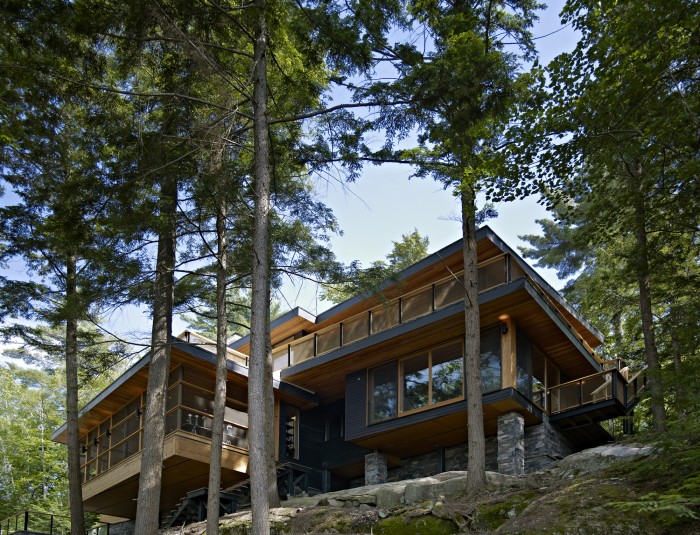 And collaboration isn’t simply a byproduct of doing business with Altius, it is the very foundation on which the business was built. On many Altius projects they provide full Construction Management services to the client so that the team is not only collaborative but also fully integrated.

Smith, along with other colleagues that include Principals Cathy Garrido and Trevor McIvor were formerly enrolled together as students in The School of Architecture at the University of Waterloo. For years, they respectively completed a curriculum of in class training complemented by on-the-job internships that offered plenty volunteer opportunities during the recession of the early nineties, but not so many paying jobs. All had vast experience working in construction, but the transition to a traditional career in architecture seemed elusive and unnecessary. The team of students collectively worked on a few projects when opportunities arose, including the restoration of a house purchased by Smith’s parents. The team ultimately handled all details of the building and restoration process. Along the way, the group sought to enter some of their work into architectural competitions, but needed a name by which to identify themselves; hence the moniker “Altius.” In time, this student led co-op became one of the largest employers of students at the school. When the time came to graduate and seek professional opportunities, Smith recalls, “We kind of looked at each other and said, ‘We’ve got a good thing going here. Let’s keep it going.” As it was, he says the team shared similar values and philosophies, solid building experience complemented by current understanding in new technologies and materials for application in the process. They started taking on any manner of renovation project, primarily involving kitchens and bathrooms, and business grew. “We’re doing the same things today, but on a much bigger scale,” says Smith. 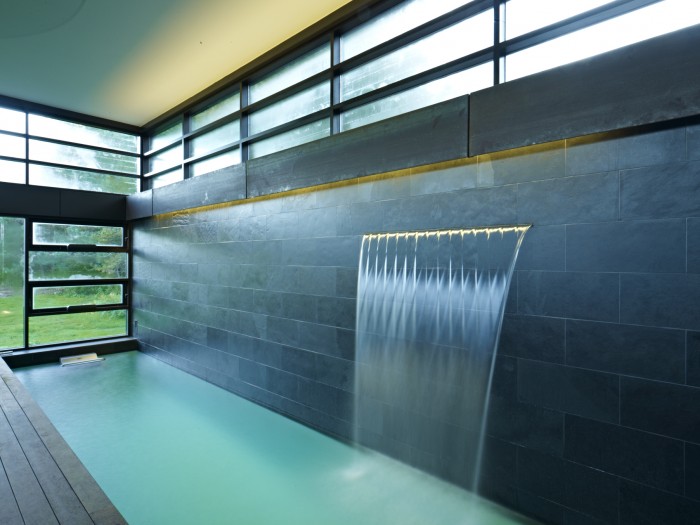 Smith says his colleagues share similar values and philosophies on architecture as well as the role of the architect in the building process. As teamwork and collaboration undergirds so much of their efforts, it is this which has also contributed to their ability to secure client relationships in both commercial and residential projects. Smith says, in many cases, after completing a residential project, the clients have so appreciated their talent and teamwork that they are then asked to take on a renovation or redesign project involving the client’s business. The Altius approach is creating homes that are as aesthetically alluring as they are efficient and functional, and that enables them to impart these same qualities to a commercial project, where businesses not only depend on such functionality, but demand it.

Such client interactions have contributed to the sheer range of styles in Altius Architect’s current portfolio. The diversity of those offerings seemingly suggests that there is not a signature style per se, and Smith acknowledges this is largely due to the fact that each project is a result of client needs, budget, and parameters governed, once again, by the environment and function relative to the finished product. The ultimate signature of the Altius style would be evidenced by architecture that conforms to landscape, that imparts subtle sophistication which is more reserved than grandstanding, that often adheres to standards which even exceed that of the firm’s LEED certification, and quality materials congruent with the client’s dependency on comfort and convenience.

In that function plays such an important role in building, Altius Architecture wields critical expertise in creating that which can function at high performance. Smith offers an analogy: “If you want a high performance car, you’re not going to go spec a Model T. That car may look historic, but it is not very practical if you want decent fuel economy or want to drive a 100 miles an hour. Designing a home is like that too. Some people have dual climate control in their cars, but not in their home, and that’s an absurd statement,” he says.

Building today benefits from advancements in science, technology and new materials which enable architects to draw from an array of resources that are both affordable and practical in terms of sustainable living. Altius benefits from having both classic understanding of construction and insight into so many of the advancements that offer enhancement to the home environment. By integrating smart technology that helps regulate temperatures, air filtration, lighting and more, Smith says Altius offers the range of technical and mechanical systems which help supplement what the building is supposed to do on it’s own, which again, harks back to providing comfort and convenience for those within the space. 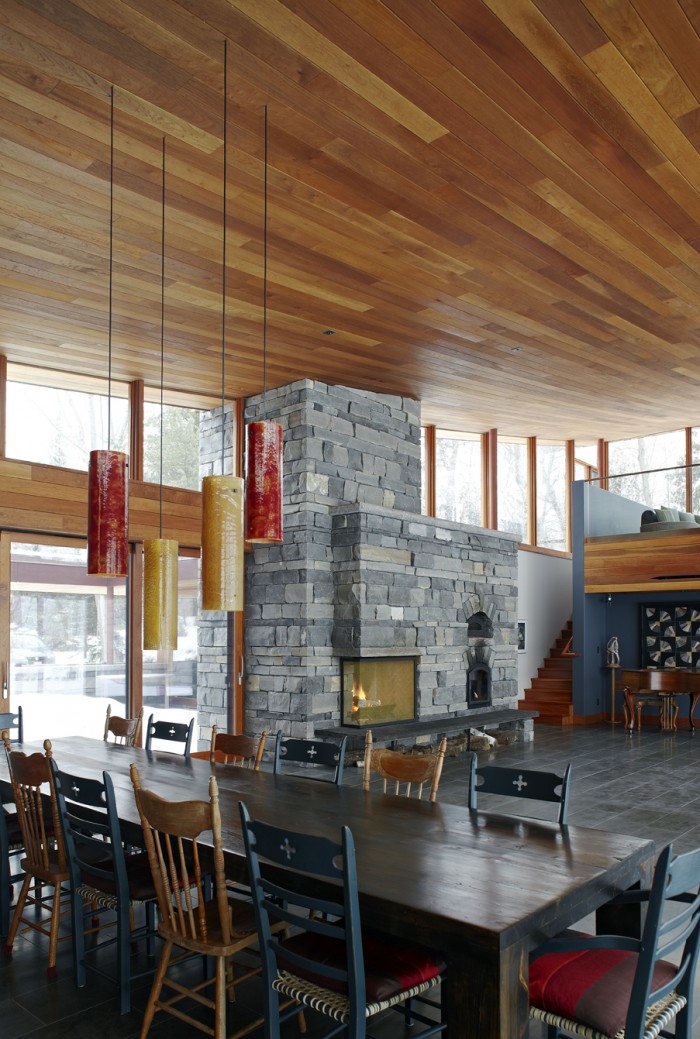 Smith, however, reminds, “There’s a good reason why materials like brick, wood and stone have been used for thousands of years, these are still the most efficient materials we have.” The way these materials are applied is another matter. For instance, Smith says Altius is more likely to use brick details inside a house as opposed to on the outside. He explains how brick helps moderate temperatures and helps pull humidity from the air. “So we make decisions not just based on how something looks and its durability, but also its ability to contribute to the entire building envelope,” says Smith.

Fiber cement, terra cotta panels, stone veneers with honeycomb fiberglass backing, and an Encyclopedia Britannica-like list of materials are explained by Smith as comfortably and knowledgeably as if he might describe his closest friends and family. This reflects the degree of understanding and capability Altius brings to the table.

Today, there are more than two dozen professionals employed at Altius, which exists as a multidisciplinary service provider encompassing everything from architecture and building to contracting and interior design. Since 2007, principals of Altius have been the force behind another enterprise known as Sustain Design Studio, creating a line of sustainable, prefabricated homes (known as the “miniHome”) which has grown in popularity in California markets. 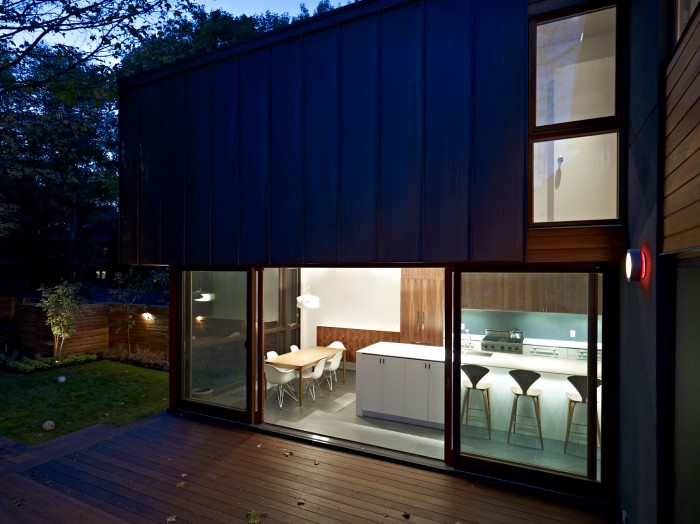 Meanwhile, Altius has garnered certain professional popularity. The firm has been honored by the Ontario Association of Architects with the “Best Emerging Practice” Award, and the American Institute of Architects has ranked them among the top young firms “to watch”.

For his part, Smith says his business is not only about design and building, but serving customers who sometimes may not fully understand the depth of service they’re receiving. “There was a time, many years ago, when one could walk into a GM showroom and choose among a number of options that they might want in a car. A week later, workers on an assembly would custom build the car so that it exactly corresponded with the needs and wants of that customer. Today, there is no one, no business, who does that any more except for architects,” says Smith. “We may be the last profession that allows clients to dictate every aspect of what is wanted in a project… the last vestiges of what is true customer service.”